The five-storey office building is located on one of the brightest streets of the Northern capital - Bolshaya Morskaya. During its long history, which began in the 30s of the XVIII century, the house number 26 belonged to various owners, as a result of which it was rebuilt several times. The first owner, who built a one-story building with a high base, was Anton Schmitt, the famous builder of mills and spiers.

The State Councilor Alexander Stepanovich Voronin, who owned the house from the 60s of the XIX century, decided to rebuild the house, so he ordered a new project from the professor of the Academy of Arts Robert Goedicke, which was developed from 1867 to 1868. It was then that the mansion became a four-story building, and large display windows appeared on the first floor.

However, most of all, the house on Bolshaya Morskaya, 26 is known as the “House of the merchant Zhadimirovsky”, when Alexander Sergeyevich Pushkin with his wife and little daughter was living from 1832 to mid-1833. Historians claim that in the “House of Jadimirovsky” the Great Russian poet worked on such masterpieces as “Dubrovsky” and “The Captain's Daughter.”

In the years 1893-1894, the house was overhauled according to the design of a military engineer Donchenko, and the building became a warehouse of sewing machines of the world famous company "Singer". In 1903 it passed to the "Russian society of capital and deposit insurance", but after the revolution of 1917 was again converted into housing. In the 1960s, the house was reconstructed, and then transferred to the Leningrad Telephone Network. In 2000-2001, the last residents of the house from the side of Gorokhovaya Street were relocated and the building was transferred to a commercial Fund.

Today, the house on Bolshaya Morskaya, 26/Gorokhovaya, 14 is a modern office building, surrounded by the most famous sights of St. Petersburg. St. Isaac's Cathedral, the Bronze Horseman, Palace Square and a number of other objects, so loved by the residents and guests of the city, are all within walking distance. The location of the building is characterized by excellent transport accessibility: there are numerous public transport stops nearby, as well as two subway stations - Nevsky Prospect and Admiralteyskaya.

An office in the business complex will allow your employees to travel to work from various districts of St. Petersburg comfortably, and your company will always be in the thick of the business and cultural life of the city. 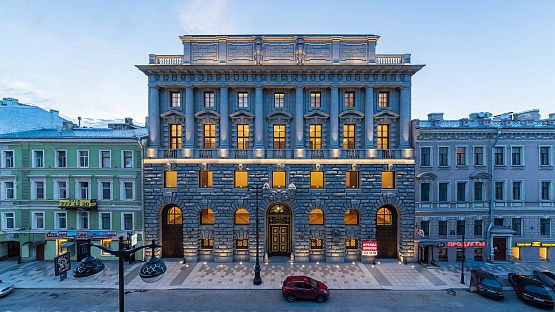 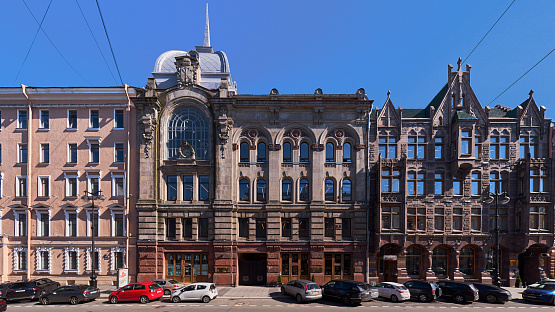 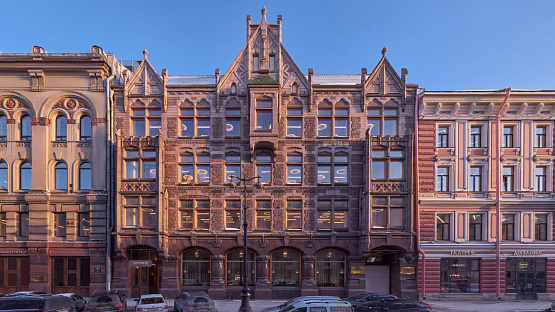