A new modern office building of class A in the style of hi-tech is in the center of business life in St. Petersburg, on the Petrogradskaya side.Within walking distance is the metro station "Gor'kovskaya". Not far are Petrogradskaya embankment and Sampsonievsky bridge.
Engineering support and full decoration works in the offices meet the modern high-end standards. There are installed high-speed elevators, air conditioning and fire and burglar alarm.
For convenience of tenants of the office building there is a parking lot for 150 places.
High-speed Internet access, digital telephony, and service fr om a professional management company operate. You can dine on the first floor in the cafe of the office building.
The adjacent territory, parking and the office building are guarded around the clock by the security service, video surveillance is under way.

The Petrogradskaya side is the cradle of our city, but because of its isolation even during the life of Peter the First, it lost its importance as the center of the active life of the capital and became the outskirts of the city. But already in the middle of the 19th century, a decree prohibiting the creation of industrial enterprises within the precariously developing city led to the forced transfer of many workshops and small manufactories outside the city. The Petrograd side had become one of these places.

The resettlement brought fresh blood to the empty areas and led to the powerful development of industry on the Petrogradskaya side. At that time, many well-known enterprises appeared: Kersten’s hosiery knitting factory (factory “Krasnoe Znamya”), “Langenzipen and Co” Iron and Copper Foundry (“Znamya Truda” Factory), Cardboard Binding Factory “Otto Kirchner” (“Svetoch” Factory), “Bavaria” Brewery, Semenov’s Machine-building plant (“Polygraphmash”). In the area of Bolshaya and Malaya Posadskaya streets and Chapaev street (Malaya Dvoryanskaya, Bolshaya Vulfova) new enterprises were being created and the resettled ones were developing. Many of them are state-of-the-art in technology and prestigious in awards, as well as in the degree of recognition of manufacture. “Factory of road things Yu.V. Mueller”, “Factory of silver and gold products of Grachev Brothers“ due to the highest quality products have achieved the title of Suppliers of the Imperial Court of His Majesty, as well as many international awards. Paper spinning manufactory “James Back”, which later merged with Morozov’s factories, was not only the most powerful in terms of production, fantastically profitable, but also exemplary in terms of aesthetics (its beautiful buildings and the central tower decorated the embankment and were visible from afar) and in terms of the technology of production at that time.

Bolshaya Vulfova Street (modern Chapaeva Street) was well known to many Petersburgers who bought refined, expensive gifts, as well as to world stars of the musical Olympus. It was here, in the house 15, there was the 1st Russian piano factory “K.M. Schroeder”. Karl Schroeder’s ancestor, Johann Schroeder, arrived in St. Petersburg back in 1818 and sold his claviers near the Blue Bridge, as the announcement in the newspaper showed. Already in 1839, at the All-Russian manufactory exhibition in St. Petersburg, Schroeder’s piano was awarded the Medal “Diligence and Art”. It was the first and not the last award of the master and the businessman. By 1872, when his son Karl Ivanovich transferred production in accordance with the Decree to the Petrogradskaya side, the factory already had many international awards. So, at the World Industrial Exhibition in Vienna, Schroeder’s factory was awarded the Big Gold Medal “For Prosperity”. In addition to the Gold Medal, Schroeder was awarded the Order of Franz-Joseph. However, soon a failure was expecting the businessman and in 1878 the factory burned down. Then Karl Schroeder bought a plot of land on Bolshaya Vulvofa Street (now Chapaev Street), wh ere the floors of a new modern factory had already rather quickly risen. The new five-storey building was equipped with the latest technology, for example, for the first time in Russia, steam engines were used for the production of musical instruments, driving machines and mechanisms.

In 1879, a new production began its activity, in course of time it became known as the 1st Russian Piano Steam Factory “K. M. Schroeder”. The businessman tirelessly cared about the development of his offspring, about the quality of the tools produced, he did not forget about the technologies, as they say now “about innovation”. As a result of his activity, after the death of Karl Ivanovich, his children received a stable business with branches throughout Europe, with a well-known product, having the most prestigious awards and being recognized among the most famous composers and musicians. The heirs of K. I. Schroeder continued the work of their father, the production constantly expanded and reached new heights.

On the eve of the First World War, the average annual productivity of the company was 1,200 instruments, the factory had an extensive, powerful economy. Despite the relatively small age of the enterprise, in the first years of the 20th century, the equipment of the factory was completely renovated, new machines and machine-tools were installed, and most importantly, the power of the steam engine was increased, and in 1910 the steam-powered automobile began to operate. The today's reorganization of the Petrogradskaya side in accordance with the spirit of the time inspires great hopes for further development, supported by the traditions and history of this amazing place. A place that remembers past good luck of the first industrialists and entrepreneurs, our ancestors who knew how to create and develop a business at any time successfully and talentedly. 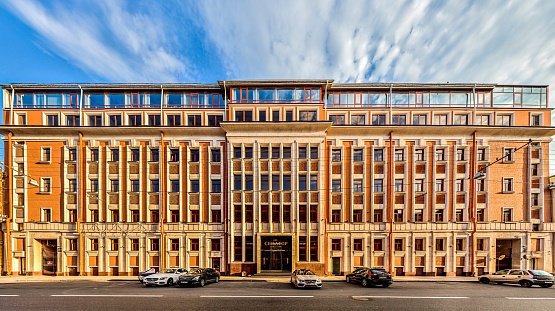 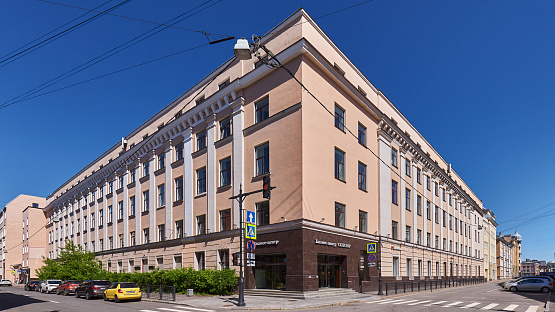